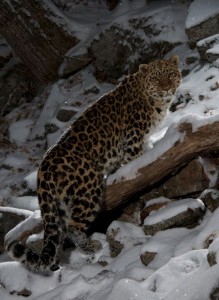 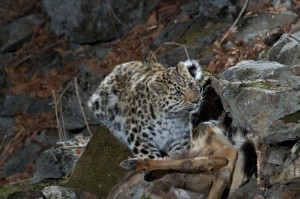 END_OF_DOCUMENT_TOKEN_TO_BE_REPLACED

Voluntary fire-fighting brigades formed, equipped and trained with WWF’s support are helping prevent catastrophic forest fires in the habitats of one of the rarest cat of the Globe – the Far Eastern leopard.

20 hunters from Nezhinskoy hunting society were fighting severe forest fires in the very heart of the Land of the Leopard for the whole last week. A newly created wildlife refuge Leopardovyi was on fire. Being declared only in late October Leopardovyi does not yet have administrative body and is in no condition to combat forest fires WWF-Russia has provided 2000 Euros for purchasing fuel. Air pumps, three tractors and five vehicles helped volunteers to suppress fires only on November 12 when about 400 hectares were already lost in flame.

During fire dangerous period, brigades formed out of volunteers from Khasanskii district non-governmental organization of hunters and fishermen and staff of the Visitor Center “Land of leopard” were fighting against fire not giving it a chance to spread further to the forest of Khasanskii district.

Not long since fire dangerous season, Nerpinskii Rybcoop, the for-profit organization that has recently leased for conservation purposes forest plot in Khasanskii district with WWF support, conducted fire preventive measures on this territory. 18 kilometers of fire breaks were bulldozed to protect forest from fires and counter firing has been conducted.

WWF hopes that all these fire-preventive measures will help us to preserve forest unless the Government starts solving fire-fighting issue.